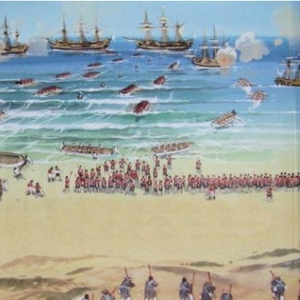 Cape Town and surrounds of the late 18th century was a far, far cry, from the primitive halfway provision station originally envisaged late in the sixteen hundreds. The Dutch VOC had indeed planted a vigorous seed in the soil of Africa at its southernmost tip. However, a war thousands of miles away in far off Europe, would forever change the lives and fortunes of those who now lived there.